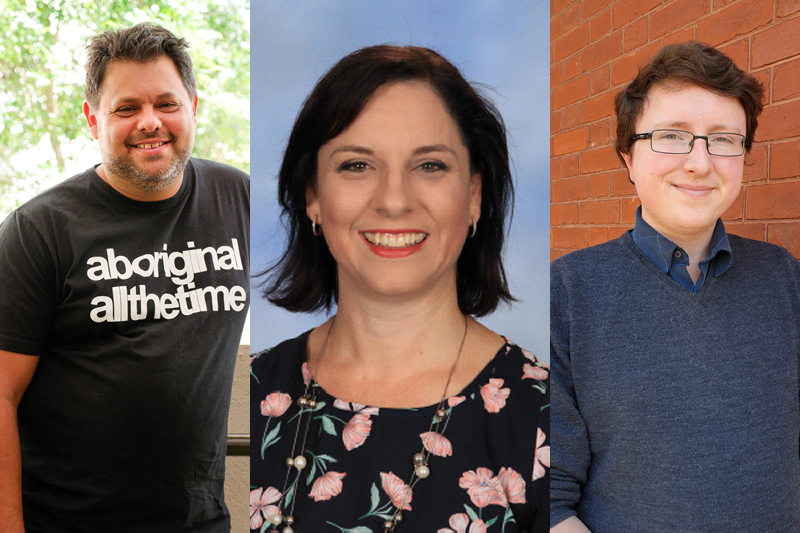 
Thanks to teachers like YouTube sensation Eddie Woo, maths is gaining an exciting reputation. Australian Educator hit the road to find out how other teachers are bringing maths alive for their students.

If you see him “picking up a bunch of rulers and waving them around in the air” when talking, chances are he’ll be explaining vectors to his year 10, 11 and 12 students.

“It sounds simple but, for some students, that’s really powerful and the penny can drop. Students sometimes have ideas and ask, ‘Is it like this?’, and I say, ‘Try it’. Those questions and collaborative interactions help really drive the lesson forward,” says Verdon, who’s in his fifth year of teaching at the Australian Science and Mathematics School at Flinders University in Adelaide.

Verdon and his teaching team aim to focus on getting to know the students and their interests to “find those little hooks” that connect them better to the material. He says it's important to show students that teachers are always willing to learn too.

Mee and her team have been inspired by Dr Jo Boaler of Stanford University in the US and her YouCubed website. In response, they have set an overarching theme of being “involved, engaged and inspired” to flavour their teaching plans.

“Through that, we introduced a week of inspirational maths where we put the textbooks and worksheets aside to solely focus on the development of our students’ capacity to problem-solve.

“Activities can be differentiated and stretched to extend students, and it challenges them to experience mathematics beyond what’s on the next test,” says Mee.

The role of colour

Hillier, who is in his fourth year of teaching, uses different colours for headings and important formulas, and always writes out step-by-step answers for students who struggle.

“You’re providing that additional help without singling them out,” he says.

“Patience is key, trying to work with students who might not be able to complete a maths problem the first, second or third attempt; it’s all about positive reinforcement to help them progress and using different explanations.”

“I’ll record a video of myself working through test solutions, so they see how I would go through a test,” he says.

“We also run certain topics via an online flipped classroom, so students watch the videos about the topic at their own pace before we introduce it into the classroom.

It allows them to feel in control of their own learning environment.”

Matthews, who has a PhD in applied mathematics, is passionate about connecting Aboriginal and Torres Strait Islander cultures with mathematics.

“I started as a research mathematician but got disillusioned with the maths community as an Aboriginal person, so I decided to move into maths education for Indigenous students,” says Matthews.

He’s been recognised for his innovative method of teaching Aboriginal and Torres Strait Islander students to bring maths to life by crafting stories in which characters take actions that add, subtract or divide.

The “chalk and talk” approach to teaching maths disadvantages many students, says Matthews.

“Aboriginal perspectives are about understanding how all things in the world are interconnected through patterning but we’re not teaching kids how to recognise the connection between these patterns and mathematics.

“For example, there’s a big cognitive jump between a student constructing a pattern from a linear equation to them seeing the connection in their world,” he says.

One key aspect of the Goompi Model is creativity. The Maths as Storytelling approach allows students to understand maths expressions as a story connected to their world to build an “understanding of arithmetic symbolism”.

Students construct their own symbols for their story and share them, giving multiple representations of a particular maths concept. Teachers can then draw meaning and connections to the conventional arithmetic symbolism. This has also been extended to Aboriginal dance where students perform their stories and learn about connections to Aboriginal symbolism.

“It gives students an opportunity to express who they are in teaching and learning maths. Students explore connections and that’s where the deep learning comes from,” Matthews says.