Global Trends in TVET: A Framework for Social Justice 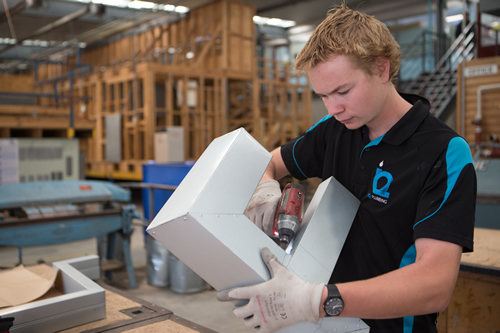 The disastrous market-based ‘reforms’ experiment that has dismantled Australia’s TAFE sector and put a wrecking ball through technical and vocational education and training (TVET) is not isolated to this country. Privatisation and conservative agendas have beset TVET around the world.

Now a new report, investigating the experiences in eight countries including Australia, looks for lessons from the failures of the past and discusses how to revive TVET in a way that promotes social justice and supports students in their lives and communities. Other countries studied were Argentina, Côte d’Ivoire, England, Ethiopia, Germany, South Africa and Taiwan

The report, Technical and Vocational Education and Training as a Framework for Social Justice, by researchers Gavin Moodie, Leesa Wheelahan, and Eric Lavigne from the University of Toronto, was commissioned by Education International, a global federation of education unions that represents more than 32 million educators.

The report challenges the belief that education and training for specific skills for specific jobs leads to higher productivity and therefore increased economic growth.

Markets not people are driving decisions

Human capital theory has shaped TVET globally in the past decade or so. The theory assumes TVET courses need to serve business interests by developing skills that generate economic value. Effectively, it places the needs of the market above those of individuals and society and relegates education to a role in supporting the economy and markets.

It has been a “complete and utter failure”, says Professor Leesa Wheelahan, who leads the Pathways to Education and Work research group within the Centre for the Study of Canadian and International Higher Education at the Ontario Institute for Studies in Education, University of Toronto.

Wheelahan calls out the latest example of human capital theory in action: the offer of subsidies for specific courses. She says the idea doesn’t make sense because – with the exception of regulated professions such as nursing and electrical trades – people often don’t end up working in jobs associated with their qualifications. Research proves that this approach has not been able to solve unemployment and skills mismatches.

And, it denies working class students (who are the ones who mostly go to TVET) choice in what they can study. This is unlike university students who are able to follow their aspirations by choosing courses aligned with their interests.

Another problem with subsidising particular programs is that it doesn’t fund the institutions appropriately. “It entrenches the previous low cost funding models, that came from the conservative governments and even if they pushed the funding rates up a little bit here and there, funding per hour is still a lot lower than it was a couple of years ago,” she says.

TVET is the only education sector where a reduction in the costs of teaching is regarded as an efficiency rather than a threat to the quality of provision, Wheelahan says.

As the report points out, there is no direct link between investment in specific skills and good labour market outcomes.

In any case, says Wheelahan, TVET students rarely invest in a course because of an expected rate of return. “They invest in things they want to do; they invest in a life for themselves. People don't get up every morning and think ‘I'm going to go and invest and be part of a market today’. They go to work to support their families and also to make a meaningful contribution to their community or society.”

Qualifications should develop people's knowledge and understanding to be citizens in their field, she says.

This broader view of vocational education was a hallmark of the TAFE system until the 1980s when governments began introducing the markets-based strategy, embracing human capital theory and designating TAFE as just another provider in the market.

“So, we’ve lived with that for 30 years now and it clearly hasn’t worked,” says Wheelahan.

Putting social justice at the heart

It’s time for a revamp of TVET systems, says the report, to put to rest human capital theory and instead advance social justice.

Instead, this role would be properly facilitated using a ‘productive capabilities’ approach that helps to develop students’ capacity to understand and manage themselves and their environment; to contribute to their community and participate in the governance of their society; and to realise their goals through work they value.

The TVET report says capabilities depend on peoples’ agency in work, their freedom to choose what work they do and how they do it. They include the capability to develop a career, choose a job, and the way tasks are completed.

In addition, people need the knowledge and skill to choose the work they value.

“For example, people need to have the language, literacy and mathematical skills for engaging and progressing in study and work. They need to have access to the social and economic resources that facilitate their participation in study and work, such as the necessary housing, healthcare, transport and childcare, as well as enable their participation in civic society and in their communities. And they need to have the knowledge, skills and attributes required to navigate, negotiate and engage in these aspects of life; the capacity to be skilful at work emerges from broader knowledge skills and attributes,” the report says.

To enable the transition to this new approach, TVET teachers must be supported to have a say in the development of their institutions and there must be adequate and long-term resourcing.

“TVET makes its strongest contribution when it is based on strong trust and coordination between the social partners: employers, education unions and government,” the report says.

A formula for a strong public TVET

The Technical and Vocational Education and Training as a Framework for Social Justice report’s case studies, which investigate TVET in eight countries, have provided some lessons for TVET everywhere.

The researchers have highlighted one issue present in each country to help illustrate what a strong public TVET system would look like and what it will take.

A capacity for collective action

The OECD has recommended that Argentina improve the quality of lifelong learning institutions through better coordination between the different institutions and provinces. The report says the capacity for collective action is eroded by taking decision making outside government control, for example by privatisation.

In South Africa, a study of a college in Cape Town found a key issue for students was how to get from the train station to the college safely. The college provided public buses that were attacked and taxis, which were making profits out of transporting students.

In Australia, marketisation and privatisation have seriously weakened vocational education with providers competing by lowering standards. Thousands of teachers and education support workers have been sacked, campuses closed, course fees have risen, and programs have been cut.

From England the researchers drew the lesson of the need for adequate resourcing. England has seen a “complete collapse” in adult education and further education because of the funding policies and disinvestment by governments in that level of education, the report notes.

“TVET in many other case study countries suffer from lack of resources, and some have substantially fewer resources than even the poorest resourced English college. That a country as wealthy as the UK does not resource its TVET adequately indicates the extent of challenges faced by TVET.”

Trust and coordination between social partners

TVET in Taiwan is strongly shaped by the emphasis in Confucianism on whole-person education, the view that the ultimate aim of education is to cultivate a person who knows how to appreciate life and pursue happiness, and who understands that professional skills are just one part of a whole person. Accordingly, technical and vocational institutions include studies in the humanities, arts, languages, and education.

The article was originally published in The Australian TAFE Teacher, Spring 2019