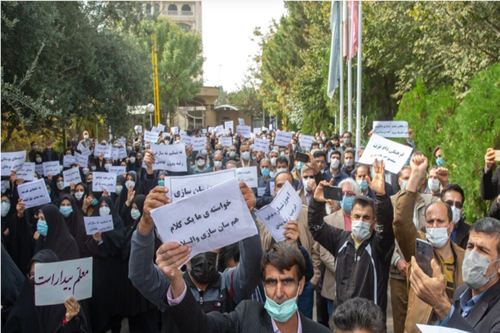 The Australian Education Union, a member of Education International, expresses the strongest solidarity with the huge teacher strikes and protest rallies in Iran last Thursday, January 13, in 75 cities in 29 Provinces in Iran. These protests were called at three days’ notice and mobilised over 30,000 teachers.

We join with teachers and other trade unions to condemn the Iranian regime for violations of teachers rights to secure employment, to be paid properly and on time, to their proper retirement pay, and to respect for seniority in their promotions. We especially call for the release from detention of all teacher leaders who have been arrested including the 20 who were arrested last Thursday and over the weekend.

Instead of repressing teachers and their unions, the government of Iran should immediately sit down to negotiate a resolution to the teachers’ grievances.