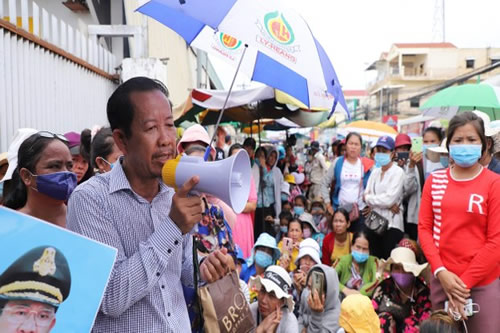 Rong Chhun, President of the Cambodian Confederation of Unions (CCU), was arrested on 31 July for incitement to commit felony by making comments on farmland losses and border irregularities between Cambodia and Vietnam. Sor Saknika joined protests demanding his release, and she was arrested for incitement on 7 August.

The global trade union movement and the International Trade Union Confederation (ITUC) have launched an online campaign with LabourStart to gather support to free the two jailed union leaders.

Please take a moment to click on this link and add your name to this campaign: