What are the lessons for TAFE from the Global Education Reform Movement? 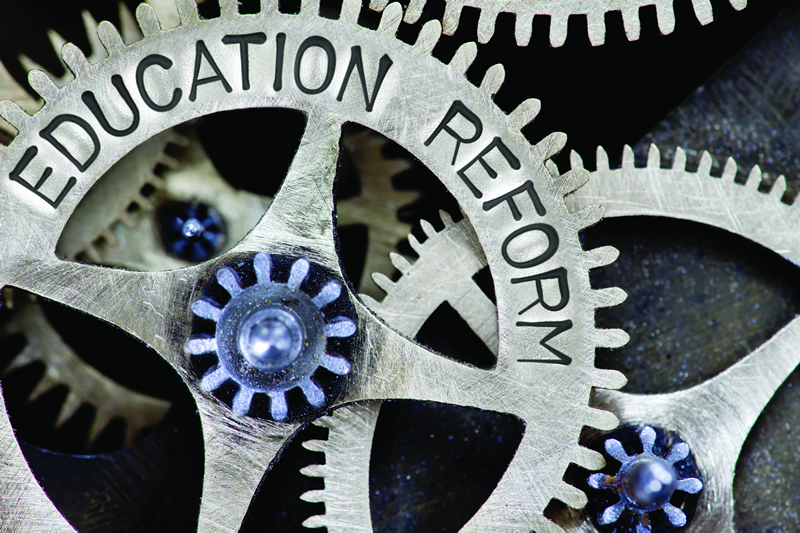 
To paraphrase Jeremy Bentham, the 18th century English social reformer, 'TAFE teachers have a right to know the authors of their suffering'. This is the first of two abbreviated articles that examine the outcomes from an international crusade to impose the discipline of the market on the provision of education. The results of the marketisation of schooling are the focus of this article, while the second questions if there are similar outcomes observed in the TAFE sector.[1]

The so-called Global Education Reform Movement (GERM) is constructed from a related set of dogmas associated with open and competitive markets:

The wide-spread introduction of market-based provision of education and training has its genesis in a highly influential, but remarkably short, mid-20th century paper authored by the Nobel Prize winning American economist, Milton Friedman. His basic proposition was that education was not a valid activity of the state. Public provision of education results in 'an indiscriminate extension of government responsibility' in countries that are philosophically aligned with free enterprise, such as Australia.

In a study designed to determine if the promised improvements that were expected of increased marketisation and privatisation of school education had materialised, three paired sets of countries were compared over several decades. One of each pair had pursued the GERM policies while the other had adopted policy drivers enabling the provision of a public investment approach to education. The comparators were Chile-Cuba, Sweden-Finland and United States (several states)-Canada (Ontario). By using the results of the Program for International Student Assessment (PISA) and some other standard measures, it was shown that Chile, Sweden and the United States had not produced the anticipated beneficial results from their single-minded implementation of the GERM. In addition system-wide student achievement had actually decreased while the transfer of ownership or management to private agents had resulted in growing levels of inequality and segregation of students and their families.

Furthermore, a broader analysis of the international data demonstrates that in the countries pursuing GERM the entire national cohort's results show 'lower academic standards for all students, including the so-called academically elite' that fled to private schooling. Chile, which was advised by Friedman directly, now has students that are 'left in the dust, achievement-wise' by Cuba's publicly-managed schools in spite of the island nation's greater economic challenges. Sweden's overall student achievement has dropped 'precipitously' from being one of the most highly educated countries in Europe to now performing well below the current OECD average in PISA. 'In PISA 2013, in all subject areas, Sweden is the country whose performance has declined the most'. In contrast, Finland chose the public investment approach and now consistently leads the PISA results due to public provision of education, highly qualified teachers, low-stakes assessment and whole-child teaching and learning strategies.

The United States is more complex, but states with the highest overall PISA results have the least number of charter schools and lower levels of privatisation while those states with the most advanced market-based reforms are consistently lower performers. This result stands in stark contrast to Ontario's students who demonstrated significantly improved PISA scores after a hard fought election replaced the GERM-promoting politicians and their policies with an explicit system of education treated as a public investment in its youth.

The Global Education Reform Movement has experienced stable bi-partisan political support in Australia since the late 1980s. The long term implementation of the GERM's competition parameters into the education sector has resulted in the Australian Productivity Commission's declaration of the increased value to users and the whole community that choice and competition has produced from the 'well established market for schools'. In making its assessment of the potential costs and benefits of economic reform options the Productivity Commission examines five attributes:

Using the same PISA results from the previously discussed international comparisons of the impact of GERM, it is difficult to attribute higher quality outcomes to the establishment of a marketised Australian schooling sector. In their analysis of the 2015 PISA scores, the Australian Council for Educational Research describes that 'not only is Australia slipping backwards relative to other countries, but we are getting worse at preparing our students for the everyday challenges of adult life. The science, reading and mathematics achievement of Australian students is in absolute decline'.

In terms of efficiency, The Australian Bureau of Statistics indicates that the Consumer Price Index (CPI) for all of the economic groups used in the measure for the period 2006-2017 has increased by a total of 29.9 per cent (average of 2.9 per cent per year). In the same period the CPI for secondary education rose 73.2 per cent (6.1 per cent annually) and primary education rose 61.6 per cent (5.13 per cent per annum). The cost of schooling in the marketised sector has increased at more than double the rate of the national cost of living in each and every year rather than the hypothesised reductions produced by increased competition.

The attribute of equity is also going backwards in Australia's privatised and marketised schooling system. In common with Chile, Sweden and the United States, Australia's median PISA scores have fallen consistently since 2000 and 'while all cohorts [of SES percentile] have fared worse, the performance at the bottom has fallen by almost 50 per cent more than those at the top'. 'It is well-documented that Australian students' performance is declining relative to global peers. Another feature of Australian education is the inequality widens as children move through their school years'. This clear trend corresponds with increasing privatisation. 'Seventy per cent of primary school students go to public schools, but the number of secondary school students in public schools has now fallen below 60 per cent'. Even inside the public sector, marketisation has also resulted in the near total exclusion of students from the lower SES percentiles being accepted into selective schools.

GERM advocates view the shift of students from the public to private sector as a positive indicator of provider responsiveness to the increased parental choice created by the provision of public funds to private schools in order to support the market. This intervention actually commenced in the 1950s when to Australian Government funded the Catholic system to avoid its collapse under the strain of the post-war baby boom and increased immigration. The federal government's willingness to increase the market share of private schools has been a consistent feature of post-war public policy. In 1958 non-government schools enrolled 24 per cent of all Australian school children and this had dropped to 21 per cent by 1975; while in private secondary schools the share of enrolments fell from one third in 1961 to just under a quarter in 1975.

It seems probable that the discipline of the marketplace would meet the Productivity Commission's requirement for increased accountability that comes from educational microeconomic reform. The broad patterns of shifting enrolments between school sectors and individual schools, in a fully informed market, will hold schools to account as student enrolments determine income and the future existence of the school. These results give an indication as to the measures of success that are apparently politically acceptable to governments. Quality, equity and efficiency can each decrease significantly as a result of marketisation and privatisation of education services as long as a user choice market exists and providers rise and fall on the basis of this choice being exercised.

In light of John Quiggin's view of market failure in education expressed in this journal last year, the second article asks whether this internationally consistent correlation between the introduction of the Friedman-inspired GERM into national school education policy leading to decreased education outcomes, amplified inequity and increased costs can be found in post-school education. Can a prima facie case be made that marketisation actually produces worse outcomes in the vocational education and training sector as well?