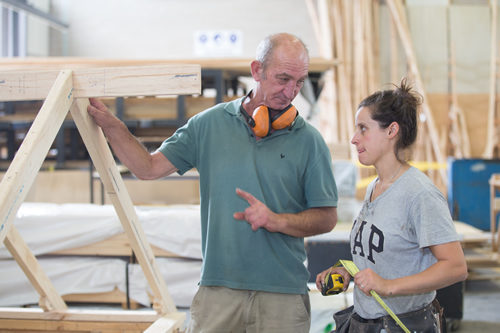 TAFE teachers were forced to jump through hoops in the rush to upgrade their Certificate IV’s in Training and Assessment with the new mandatory units of literacy and numeracy, and designing and developing assessment tools by the deadline of July last year.

Now, less than a year later in response to the pandemic, the Federal Government is rushing to cut regulations and introduce short free micro credential courses, which in some TAFEs, are being overseen by ‘assessors,’ rather than fully qualified teachers.

Maxine Sharkey, AEU federal TAFE secretary highlighted the AEU’s concerns about the quality of tuition offered by these education support officers who were not required to hold a full teaching qualification to teach these new free TAFE courses."It is a race to the bottom," she said. "For more than half the 100,000 students it is their first contact with TAFE. They deserve for it to be a quality experience."

The government has also responded to calls from the private provider lobby to cut red tape by delaying audits and suspending compliance activity in response to the pandemic. As Correna Haythorpe, AEU Federal President said, “This rush to cut regulations will only serve to encourage private providers to cut corners in seeking increased profit and is nothing but a recipe for another policy disaster on the scale of VET FEE-HELP.”

These actions come hot on the heels of the rushed ‘rapid review’ of the Australian Skills Quality Authority’s (ASQA) regulatory practices and processes which was completed in March this year, after the Expert Review of Australia’s Vocational Education and Training System (the Joyce Review), identified ASQA as an area that required significant reform.

The AEU was not approached by the consulting firm that was commissioned by the Government to undertake the review; however, as indicated in the report, those that were complained of inconsistent auditing practices, inconsistencies in auditors’ interpretation of the standards and convoluted and unclear audit reports.

The Federal Government accepted all 24 of the recommendations from the rushed review, which amount to little more than adjustments to the organisational structure and a focus on strengthening strategic oversight and managerial capacity.

The AEU pointed out these failings in its submission to the Senate Select Committee Inquiry into the Government’s Response to the Pandemic, which was submitted in May, and called for a true strategy for workforce renewal. One that can only be achieved through national support for TAFE and by making use of TAFE’s longstanding partnerships with industry. The submission argued rebuilding Australia’s skill base was too important to be left to private providers.

The submission illustrated how, for years, prior to the pandemic, the TAFE sector has existed in crisis and that unless governments act urgently and decisively to restore the systemic erosion of TAFE funding, its place in Australian education is under threat.

As the Prime Minister has repeatedly stated that his aim is to get a million people back into work, the AEU argued the that the October 2020 Budget provides a unique opportunity for the Commonwealth to move from the support of its economic response to COVID-19 to the stimulus phase and to guarantee the future of Australia’s TAFE.

The AEU is proposing that the Commonwealth Government take the following steps to guide Australia, and particularly young Australians, through the crisis:

This article was originally published in The Australian TAFE Teacher, Winter 2020