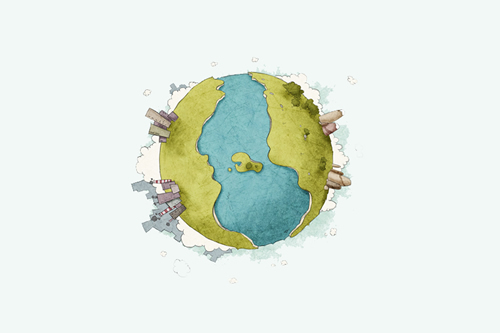 The COVID-19 pandemic has proven to many members of the worldwide youth movement demanding urgent action to save the planet, that governments, business and individuals can work together quickly to deal with an international crisis.

“During COVID-19, global governments listened to health scientists and professionals and acted,” says Sancha Macpherson, a Year 9 student and climate action leader at Stanthorpe State High School in Queensland. “I think that really showed us that change can occur quickly when pressure is put on governments to take action on a global issue.”

Macpherson, a member of School Strike 4 Climate Australia, with her peers across the globe, held protests from their bedrooms on 15 May during the shutdown.

School Strike 4 Climate Australia says up to 70,000 students tuned into the SS4C livestream protest and tens of thousands more put down their pens while attending school at home.

“Obviously we have gone online at the moment, but we will be back on the streets,” Macpherson says.

She had changed schools prior to the COVID-19 lockdown as “90 per cent of the students at my old school did not believe in climate change or climate science”.

“Although I did the first five weeks at my new school online, I could see that across Stanthorpe High’s curriculum there were references to climate change in many of my subjects.”

As the world turns its focus to the aftermath of the pandemic, students and educators fighting for climate change say sustainability education is now critical.

In mid-June, the Australian Curriculum, Assessment and Reporting Authority (ACARA) announced education ministers have agreed to terms of reference for the review of the Foundation to Year 10 Australian curriculum to be released by the start of 2022.

Australian Association of Environmental Education (AAEE) vice president and former author of the CSIRO’s CarbonKids program Angela Colliver has assessed links to climate change being taught in the Australian curriculum.

“I was horrified when I actually mapped links to subjects such as humanities, geography and science to see where our current curriculum authority ACARA saw opportunities for climate change education to be embraced," she says.

“There is a need for a more holistic, pedagogically relevant and integrated approach to teaching and learning that addresses the science of climate change."

“But teachers are still not really comfortable in that field and schools will generally only take it on if there is a ‘champion’ in the school,” she says.

“We find that when that champion moves, any programs that have been put in place are at risk of being lost.”

Declan Cass-Hunter, a Year 9 student at MacGregor State High School in South Brisbane, says an inspirational teacher at his school has supported the climate strike, but climate education has not been consistently incorporated into his learning.

He joined the 15 May strike online after becoming involved in the School Strike 4 Climate campaign as an organiser of the November 2019 Bushfire Solidarity Sit-Down in his local area.

“COVID-19 showed that we can act on a crisis, but there is a big difference in the visibility of COVID-19 and the climate crisis," he says. "It's easier for the government to ignore the climate changing rather than a lot of people getting infected with a specific illness.”

Cass-Hunter says social media has been his main source of climate learning and is the area from which he believes the movement will continue to grow.

He cites a 2017 study at JCU which found that young people in Australia and around the world must go outside their schools to take action on sustainability.

“They participate in social media environmental interest groups in order to have opportunities and avenues to connect with a wider audience and work with other community members to address local environmental issues,” he says.

“Students also reported gaining leadership skills for collective action from their informal online experiences. These kind of opportunities and experiences need to be established within schools.”

Stevenson says today’s children will need schools to help develop their capacities for critical and creative thinking about sustainability issues.

“Scott Morrison’s response to the student climate strikes that ‘what we want is more learning in schools and less activism’ ignores the fact that learning about both civics and important global issues occurs from activism.

“Given the constraining factors teachers have reported (in another PhD research study at JCU) of addressing climate change education, school curriculum and organisational structures need rethinking to support them to develop these students’ capacities,” Stevenson says.