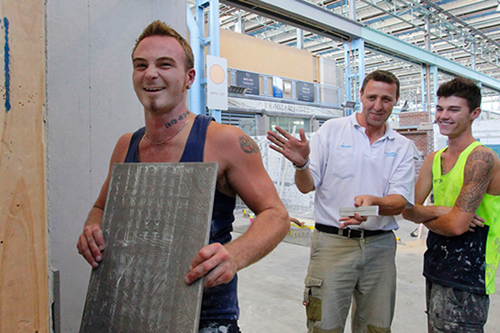 Before COVID-19 hit, nearly half of Australia’s workers did not have a permanent, full-time job with paid sick leave and holidays; jobs were increasingly insecure, and many were struggling to earn a living wage.

These fault lines in our economy and society were dramatically laid bare in the wake of COVID-19 when hundreds of thousands were left without work and many were affected by reduced hours.

Casuals, gig workers and workers employed by labour hire firms or on contracts were the first to lose their jobs.

Before COVID-19, more than 2.6 million Australians were employed in casual positions, 40 per cent of them aged 15-24 years. But insecure work extends to more than just casual workers. It includes part-timers who often rely on irregular hours at the whim of an employer; the self-employed, where workers are required to get an ABN; gig workers; freelancers; and independent contractors.

Workers on fixed-term contracts are another group that face a great deal of employment insecurity.

In universities, for example, the majority of teaching is performed by sessional academics employed on fixed-term contracts. They’re not entitled to holiday or sick pay and often have to wait until the week before a new semester begins to learn if they still have a job. In total, almost 70 per cent of university employees are casual or hold short-term contracts.

The National Tertiary Education Union (NTEU) has blasted universities for the “hypocrisy” of sitting on vast financial reserves while providing precarious employment conditions.

Australia’s richest tertiary institution, the University of Melbourne, has reserves of $4.43 billion dollars but employs 72.9 per cent of its staff as casuals or on short-term contracts, according to the NTEU.

Thousands of university employees have already lost their jobs since the pandemic hit, and hundreds more casual and contract jobs are under threat as the international student market dries up.

The NTEU says the federal government has also played a role in the unfolding employment disaster by refusing to provide JobKeeper funding to universities.

In the TAFE sector, contract and casual work is increasing at an alarming rate. Like universities, the sector’s estimated number of non-permanent employees is almost double that of many other sectors.

“Casual and contract jobs cause financial insecurity. Casual workers can’t apply for loans or mortgages, they can’t rely on sick leave and holiday pay and they can’t plan for the future,” she says.

Providing permanent positions for teachers would help both the country’s and educators’ economic stability.

“The work is there, it’s government behaviour that keeps people in insecure work.”

Another form of job instability is under-employment or reduced working hours, which has grown significantly since COVID-19 first struck.

For example, aged care workers are often employed on permanent part-time contracts but guaranteed as little as 12 or 15 hours' work each week.

It does not provide enough to live on because the hourly rate is so low, says Professor Sara Charlesworth at the RMIT School of Management.

“Insecure work is a disgrace for a country as wealthy as Australia. We are
an exception in the OECD,” she says.

Casual and permanent part-time jobs are also common in the hospitality and retail sectors where employers are accustomed to increasing or decreasing employees’ hours according to demand within the business.

It’s a “just-in-time” approach to employment, says Dr Jim Stanford, where the goal is to reduce labour costs and make it easier to hire and fire at will.

But this strategy has an economic knock-on effect.

“The whole point of the economy is to lift up people’s living standards but suppressing wages directly harms people,” says Stanford, an economist and director of the Centre for Future Work.

“It undermines consumer spending and aggregate demand in the economy, which reduces job creation and creates inequality and social division.”

One obvious solution to the problems of low wages and insecure work is to limit casual work to genuine seasonal and unpredictable fluctuations in demand. And, the Fair Work Commission should close the loopholes allowing employers to turn employees into independent contractors, says Stanford.

But governments also need to step up and provide adequate resources in the public and human services sectors, which are beset by low wages and poor labour practices, he says.

The National Economic Reconstruction plan is based on five practical programs that are designed to create and save more than one million secure jobs, protect industries, invest in skills and training and strengthen infrastructure.

The ideas include a national commitment to free early child education and care, a massive investment in training (including 150,000 free TAFE places), support for the travel and hospitality sectors, a large increase in infrastructure investment and an expansion of manufacturing.

“Our initiatives will support and create jobs for women and men, for cities and towns, and for young people as well as older workers,” she says.

What is decent work?

The characteristics that define ‘decent work’ include:

Compensation that is sufficient to meet the requirements of a healthy, full life (a “living wage”)

The capacity to balance work and family responsibilities

The plan to rebuild

The ACTU has called for urgent government investment to rebuild the economy and create permanent, secure job.

This article was originally published in the Australian Educator, Spring 2020