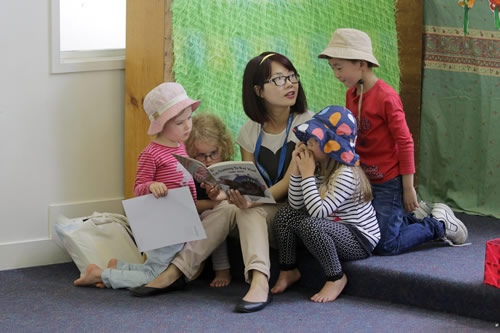 Demand for qualified early childhood teachers is expected to grow so strongly over the next few years that, at current rates of recruitment, the sector won’t be able to keep up.

An estimated 39,000 extra educators and 9000 more early childhood teachers will be needed within three years, representing a 20 per cent increase, according to ACECQA.

ACECQA reported “persistent and increasingly pressing issues” with the attraction, supply and retention of early childhood educators in a 2019 workforce study, Progressing a national approach to the children’s education and care workforce.

The shortage is due in part to failed planning, says Martel Menz, the AEU’s federal executive early childhood representative.

Preschool enrolments have climbed rapidly since the national policy to provide universal access to early childhood education was introduced in 2008, at a time when just 12 per cent of children attended for 600 hours a year. Today, enrolments reach 95 per cent or more across the country, according to an independent review of the policy commissioned by the Council of Australian Governments’ Education Council.

Dramatic enrolment growth has led to a significant increase in teaching vacancies, which has escalated with the new requirement this year that a second qualified early childhood teacher be available when 60 or more children attend a preschool or long daycare centre. Menz says the obligation was announced in 2012 as part of the National Quality Framework, which gave the government and the sector eight years to plan, but the last national workforce strategy expired in 2016 and has not been replaced.

“There’s been ample time to deal with this but too many people – and certainly the federal government – have sat on their hands expecting the issue would be sorted out by itself; that the market would provide attractive salaries and conditions, enticing enough people interested in an early childhood career. That was never going to happen,” says Menz.

The Education Council’s review, completed by independent management consultancy the Nous Group, found that providing universal access at “appropriate levels of quality” was at “particular risk” because of the upcoming teacher shortage.

Other issues affecting recruitment to the sector include concerns over wages and conditions and lack of opportunities for networking and professional development.

Implementation of the policy has been undermined by persistent funding uncertainty and the federal government’s continued refusal to extend preschool funding for three year olds, despite overwhelming evidence and strong international trends that show the benefits to both children and the economy.

There was no joy for the sector in the federal budget; the government has only committed to preschool funding for 15 hours for all four year olds until the end of 2021. That’s despite a recommendation by the Education Council review that funding should be guaranteed for at least five years, followed by a more permanent arrangement.

AEU federal president Correna Haythorpe says the annual drip-feeding of funding prevents preschools from planning for the future and retaining and attracting staff.

A recent PWC report demonstrated that preschool pays for itself: for every $1 spent on early childhood education, $2 of benefits flow back to the economy.

ACECQA is working on a national workforce strategy and action plan, which is expected to be delivered to the education ministers by mid-2021.

This article was originally published in The Australian Educator, Summer 2020