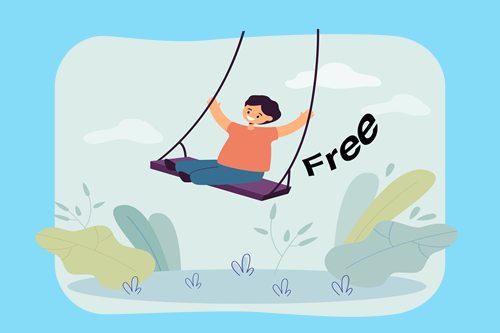 A promised multibillion dollar investment in early childhood education announced by the New South Wales and Victorian state governments will change lives for thousands of children and their families in both states.

The announcements made by Victorian premier Daniel Andrews and NSW premier Dominic Perrottet follow a long campaign by the AEU for universal access to two years of public preschool education.

New South Wales will provide 30 hours of free pre-kindergarten from 2030. While Victoria, which already offers subsidised or free 15-hours-a-week education for three- and four-year-old children, will provide all existing services free from 2023. In 2025, services will be extended to 30 hours for four year olds.

Cara Nightingale, vice president, early childhood, AEU Victorian branch is enthusiastic about the plans. She’s seen what’s happened in her state when government commits to high-quality preschool services and believes all Australian children should have the same opportunities.

“There’s so much research on the life-long outcomes preschool provides for our kids,” says Nightingale. “It can really change their life trajectories.”

Free full-time preschool also helps to reduce or eliminate childcare costs for many families, which can cost up to 20 per cent of the household income for a typical Australian family, according to the Grattan Institute.

“Every dollar spent is returned through improved learning outcomes for all children, increasing parental participation in the workforce, and building a skilled and capable workforce,” she says.

“That’s why it makes sense to extend the investment nationally. The federal government needs to step up so that all three year olds across the country have access to free early childhood education, not just those who lives in the right postcodes,” Calnan says.

However, a lack of infrastructure and workforce shortages are shaping up as major challenges to providing universal preschool.

Under the Victorian commitment, every newly built school will include a preschool on site.

However, in NSW, there are only 100 public preschools across the state’s 1700 public primary school sites. It’s not a record to be proud of and denies too many children – “particularly those with complex and vulnerable backgrounds and disabilities” – the early intervention they need, says Henry Rajendra, senior vice president, New South Wales Teachers Federation.

“We welcome the government’s announcement and look forward to ensuring it is dedicated to expanding the state’s public preschool provisions as the highest priority,” he says.

The dire and worsening shortage of teachers across the national education sector is reflected in early education. There is a deficit of nearly 40,000 early childhood educators and teachers to fill current positions, let alone future needs.

Rajendra says the NSW government is well aware of the serious challenges in recruiting and retaining teachers to the system.

“Any government needs to address workload and salaries, because at the current rate the salaries are uncompetitive compared to other professions,” he says.

“And the workload is enormous – we can’t underestimate the high level and complex requirements for preschools.”

Nightingale says the shortage of teachers is “the biggest barrier we’re going to have to overcome”. She’d like to see incentives to encourage school leavers to join the profession and see more experienced teachers become mentors, “as a career progression opportunity, with renumeration for that in some capacity” to provide opportunities to share knowledge and expertise with the next generation of teachers.

Fathima Farook volunteered at her son’s preschool when he didn’t settle in right away. She never imagined that would lead to a career in early childhood education.

Farook, who has been a teacher at Melbourne's Thornbury Kindergarten for eight years, says she gets a great deal of satisfaction knowing her three year olds are well prepared for school and life.

Farook’s typical teaching week is 22 official hours. She spends an extra two or three hours on planning, preparation and supporting families. Two educators make up the team with Farook to guide the 44 children in two groups of 22.

“This year it was hard to find time to do planning, especially the documentation side, which is really time-consuming for 44 children,” she says.

“Many children like the structured program and adjust right away,” she says. Others take a bit longer to “come out of their cocoons”.

It’s all about being flexible, says Farook, who’s happy to let parents stay on after drop-off time and relishes seeing the positive change that education affords her students by the year’s end.

“They’re different to the children who came to me at the beginning of the year, and parents are able to see how it makes for an easier transition to school,” says Farook.

This article was originally published in the Australian Educator, Spring, 2022