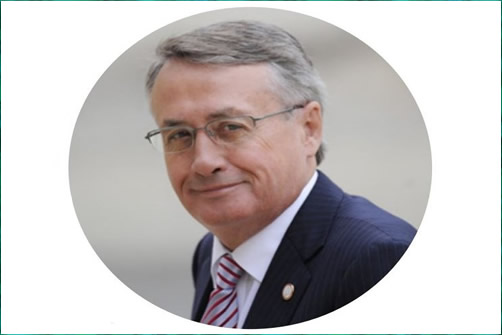 The Coalition still has the chance to invest in public schools knowing it will improve results and stimulate the economy, writes former federal treasurer Wayne Swan.

I had to laugh when Josh Frydenberg’s budget was celebrated, in the usual strange places, as some triumph of Keynesian-style stimulation.

In the real world, this was a document that followed barely any of the lessons that made Australia the envy of the world after the global financial crisis, preferring to spray cash with both eyes fixed on the next election.

In doing so, there was only one ideological tradition being nodded to: trickle-down economics.

Of course, there were the usual targets with cuts to the NDIS, and the usual areas missing or underfunded such as affordable housing and aged care. But just as glaring, from a long-term perspective, was the missed opportunity when it came to education infrastructure investment.

As treasurer during the most recent fierce shock to our economy, I remember the extensive nature of deliberations at the vital moments.

Yes, then like now, there was a need to get money out the door. But that urgency didn’t divert us from realising there was a real chance to create a pipeline of work that would keep on delivering well into the future in the form of the Building the Education Revolution programme.

That’s where $16.2 billion was invested – more than one third of the recession-beating package – because we realised that by investing in school facilities, we could meet several objectives at the same time.

In the short term, it was money that unashamedly protected jobs at such a precarious time. In construction especially, bosses were able to keep their workers on, safe in the knowledge there was plenty of work going, in every community, well into the future.

The subsequent employment numbers spoke for themselves, going on to underpin Australia’s world-leading growth outcomes as major economies went into freefall.

But in the longer term, it was the education opportunities of young Australians that were enhanced, a point that is well articulated in a recent report by the AEU. The Investing in Schools – Funding the Future study, written by education economist Adam Rorris, reinforces why we were always correct to put education infrastructure at the heart of our stimulus, and hammers home why Frydenberg should have done the same in his last budget.

The message is a clear one, built on research from around the world: when you direct money into school infrastructure, students perform better. From there, once that vital foundation is laid, the return on investment continues decade after decade.

The stark numbers in the AEU study reveal what hasn’t been done for public schools in recent years, leaving a marked gap that cannot be ignored and must be remedied. With 200,000 new students forecast to attend government schools in the next decade, the time to realise this potential is right now.

It’s uncomfortable to consider the extent to which private schools have been looked after compared to public throughout the time that the Liberals have been in power – investment should follow disadvantage and need, as our Gonski reforms established when Julia Gillard was in charge.

However, this isn’t about class warfare. Instead, this is the moment for state and federal governments to bridge that gap and strengthen the economy by making it fairer: a generational stimulant, consisting of 21st-century facilities, be they libraries or labs, just as we did when it mattered most.

That it would have the effect of once again creating tens of thousands of jobs is the cherry on top.

At a time when our discourse has never been so fractured, this should not be a contested space – indeed, this remains one of the biggest no-brainers in economic policy.

Looking after the most vulnerable and lowest-paid Australians has served our country well both in the teeth of the GFC and the initial pandemic response. By doing just the same with public education facilities, it will help to build our national firewall against future shocks.

Getting the Liberals in the cart for investment in public education, in whatever form, is never easy – it’s not in their DNA; the way they tried to scupper the BER and undermine Gonski is a reminder of that. But that doesn’t mean they can’t put the future first by setting this right.

Wayne Swan was Australia’s treasurer for six years, including the period of the global financial crisis.

This article was originally published in the Australian Educator, Summer 2021