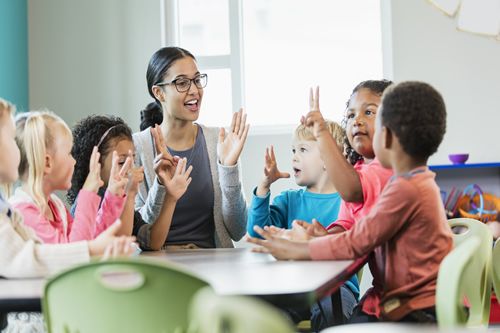 A new report says the “motherhood penalty” conspires against women and children, eroding women’s economic security and their capacity to participate and progress at work in the same way as men.

It’s a costly gap that consigns many women and children to poverty, entrenches gender inequity and hampers national productivity, says Back of the Pack, a report by Equity Economics, commissioned by lobby group The Parenthood.

The report shows Australian mothers are behind their global peers in workforce participation, despite starting at the top of global standings on education levels. And they never catch up.

In 2006, Australia ranked at number 12 for women’s workforce participation according to the World Economic Forum Global Gender Gap Index, but by 2021 we had plummeted to 70.

The organisation has kicked off a campaign, known as #ParentsUp, that calls on candidates and parties to commit to universal access to quality, inclusive ECEC and outside school hours care along with one year of paid parental leave to be shared between parents.

Georgie Dent, The Parenthood’s executive director, says that reforming ECEC would improve outcomes for children and women, and it would pay for itself.

“Australia is already spending in excess of $10 billion a year on the childcare subsidy, which is an inefficient use of money,” says Dent.

The United Workers Union goes a step further, accusing some providers of “ripping off employees and taxpayers” by taking exorbitant executive bonuses, paying staff too little and using offshore havens to minimise tax bills. It’s calling for more regulation of the sector.

“Parents and taxpayers have a right to know how their fees and public funding is being spent: not on quality early learning for their children, but on obscene salaries, payouts and profit margins of overseas companies,” says UWU early education director, Helen Gibbons.

“If the federal government continues to wash its hands of responsibility for the way in which childcare subsidies are used, they are endorsing a model that sees parents and taxpayers paying for super-yachts instead of education.”

ACTU president Michele O’Neil lays out the rationale for public investments in ECEC. “A commitment to free ECEC by the Morrison government would mean 475,000 women could participate in the labour market,” she says.

“That would increase Australia’s GDP by $70 billion a year and family incomes by $30 billion a year. Working people with money in their pockets drive economic growth and ensure pay equity, which is an enormous boost to millions of workers and therefore the entire economy.”

Two years of preschool for every child is international best practice and the Morrison government’s failure to provide that puts children at risk of falling behind in obtaining the critical skills and play-based learning they need to reach their full potential.

AEU president Correna Haythorpe says states such as Victoria and the ACT have stepped up, “but such an investment must be backed by proper workforce attraction and retention mechanisms to ensure that we have enough teachers and early childhood educators”.

Dent wants Australians to approach ECEC the same way we do the first year at the local public primary.

“We don’t charge parents to cover the wages of teachers and educators, or the cost of the land and the building development works because we’re comfortable that whether the parents are millionaires or unemployed, there’s a spot for their child at the local primary school,” she says.

“But parents are being asked to foot the bill for the entire cost of operating the ECEC system. That’s unaffordable and it creates a system where educators aren’t being paid appropriately, not being valued appropriately, and they’re leaving the sector in droves.”

The first five years of a child’s life are the most richly formative for development, and quality ECEC helps ensure they arrive at school ready and able to learn.

Even if parents aren’t working, children still benefit from ECEC says Dent. And children with any type of disadvantage benefit exponentially more.

“The return on investment is phenomenal: we get around two dollars in return for every dollar we invest in ECEC the year before school; for children with disadvantage, that return is upwards of seven dollars.”

Dent supports the Starting Better guarantee, an initiative from the Centre for Policy Development which proposes a 10-year roadmap for universal access to high quality ECEC, starting with an annual investment of $2 billion, rising to $20 billion by 2030 to provide benefits including:

Thrive By Five is another group advocating for ECEC reform. CEO Jay Weatherill believes it’s “the most significant educational, social and economic reform of our era” and key to “economic reform that will drive workforce participation, productivity, GDP and government revenue”.

The ALP has pledged to maintain universal access to preschool programs and will explore improvements in line with world’s best practice, including expanding funding to cover two years of preschool before school.

Leader Anthony Albanese says Australians pay some of the highest ECEC costs in the world. And he points out that fees have increased more than 35 per cent under the Liberals, locking out more than 100,000 families.

To reduce the cost, the ALP will:

In addition, the ALP would call on the Productivity Commission to review the sector and the ACCC to design a price regulation mechanism to shed light on costs and fees and drive them down. The ACCC will also be called on to examine the relationship between funding, fees, profits and educators’ salaries.

Dent says ECEC reform is a long overdue investment in the economic and social wellbeing of women, children and the nation’s future.