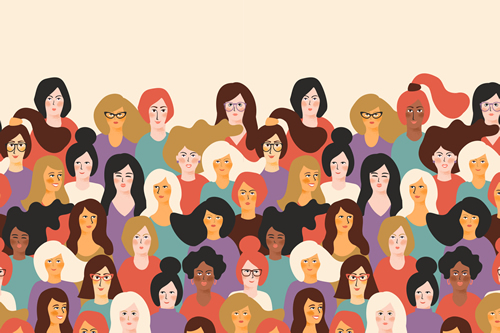 How we see and use power was a key takeaway from Education International’s (EI) World Women’s Conference, which covered pressing topics including women in leadership, the backlash in inclusivity in education and the urgent need for transformative climate action.

The quadrennial conference brought together international delegates to hear from thought leaders, peers, activists and students about what we can be doing today for a more equitable tomorrow.

In this context, Susan Hopgood, Education International president, called on women education unionists everywhere to take action to counter the alarming developments of the last few years. She told the conference that 129 million girls around the world were out of school due to climate change, poverty, violence, family, societal reasons or access.

“Deprived of an education, many are pushed into child labour or early marriage, or become saddled with teenage pregnancies,” she says. “This is why the solidarity and mobilisation of women everywhere is so important. We must … free ourselves and others from the limitations placed on us because of our gender. It is our duty … to make sure every single woman and girl can enjoy their fundamental rights, starting with that all-important and enabling right to education.”

Hopgood says that while trade unionists recognise the importance of building and harnessing collective power, they must also understand that it is not only attained through a formal position of authority, leadership, or decision-making.

“Often, power is something that is thought of in masculine terms as something that is wielded over others, a top-down force that smashes anyone and anything in its path. But there are other ways of thinking about power and of using power.

Vanessa Nakate, a climate justice activist from Uganda and author of A Bigger Picture, who spoke at the conference, echoes Hopgood’s view. She says that in order to empower their students, educators must relate education to what is happening in their communities: “no one is too small to make a difference and no voice is too small to transform the world”.

Jalila al-Salman, the vice president of the Bahrain Teachers Association (BTA), who was also a speaker at the conference, demonstrated the power of taking courageous action. Al-Salman was kidnapped, tortured, and jailed in 2011, following the Arab Spring pro-democracy protests.

More than a decade later the BTA is still banned, and al-Salman is forbidden to teach. However, during the COVID-19 crisis she says activists organised online events and offered technical support to students and teachers to ensure they could continue to study without discrimination and work remotely.

Al-Salman aims to positively influence the status of women, encouraging them to stand up for themselves and know their rights.

Mary Bousted, the UK’s National Education Union (NEU) joint general secretary, says it is important that women support one another as they rise in power.

“That means [you] don’t hold on to power for yourself but make sure you bring other women with you so that young women and black women and LGBTQI women and women from a whole range of backgrounds feel that they too can get to positions of power and influence in the union and change society.

“When a woman makes a point which is unpopular but true, have the courage to back her up. Be organised … make sure you understand what the key issues are to be raised, make sure you share out who is going to say what so you can’t be targeted; so that the opposition has to see that these points are… widely shared,” says Bousted.

Hopgood closed the conference calling for women education unionists to use their power to support one another in leading the charge for a better future: “Our unions must be models for what inclusive, sustainable, and values-led movements ought to look like, behave like, and feel like,” she says.

The Education International World Women’s Conference occurs every four years and brings together delegates from education unions around the world to engage in issues affecting women educators globally.

This Article was originally published in the Australian Educator, Spring, 2022