The time is now 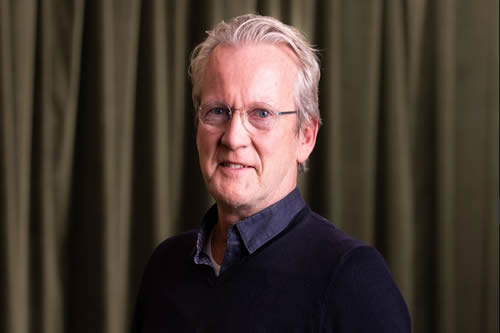 At the end of this year, state, territory and federal ministers of education begin negotiating a new National Schools Reform Agreement (NSRA) – the document that sets the policies and ground rules for funding schools for the four years from 2024.

For the new Albanese government, this should be unfinished business. Will the ALP take the opportunity to at last deliver the level playing field for students that was meant to be at the heart of the Gonski reforms it tried to introduce a decade ago?

The voices for reform are getting louder even before negotiations begin. A series of reports has underscored just how wide the gap has grown between public and private schools after nine wasted years under the Liberal-National Coalition.

New figures from the OECD in its latest Education at a Glance paper revealed that funding for public schools fell during the first two years of the pandemic – bucking a global trend of governments putting more money into their education systems to cope with the crisis. Only Hungary cut funding more.

Separately, the commission's interim report on the 2018 NSRA highlighted the drift under the Abbott, Turnbull and Morrison governments, and called out the lack of detail on how the agreement was meant to support the students who needed it most.

Bilateral agreements between Canberra and the states and territories “often do not identify measures to lift outcomes for students from all priority equity cohorts or, if they do, provide little detail on how measures will lift outcomes, or report any progress achieved,” it says. Elsewhere it notes: “The gaps have not been closed.”

Priority cohorts include those from disadvantaged backgrounds, from rural or remote communities, Indigenous students, and students with disabilities. They overwhelmingly attend public schools. But the previous government’s priorities lay elsewhere, in special deals that funnelled billions of dollars to the Catholic and independent sectors on top
of the funding they already enjoy.

So, will the Albanese government and education minister Jason Clare deliver? “The past nine years have seen an inequality in funding that we never expected to see,” AEU federal president Correna Haythorpe says.

“Gonski set out a timeline for addressing inequality, but it was systematically destroyed by the Coalition.

“It falls to Minister Clare to lead the process and get an NSRA in place that delivers for every child in public schools across the nation.”

The negotiations begin at a time when the public school system is under great pressure. The teaching profession is experiencing a crisis, with escalating workloads and chronic workforce shortages being indicative of government failure to properly resource public schools. Add to this the impact of COVID, which has exacerbated existing inequalities in the school system.

“We don’t have enough teachers currently, let alone for the future,” Haythorpe says. “This has a direct impact in schools with classes being doubled up, people teaching out of their field and difficulties attracting people to rural and remote schools.”

The current NSRA, which expires at the end of 2023, includes a plan to review teacher workforce needs, and to develop a national workforce strategy by 2020. This didn’t happen under the Coalition, and this work is now part of the developing National Teacher Workforce Action Plan.

But without detailed workforce planning and funding to attract and retain teachers, to support them at the start of their careers and work with them as they progress, the shortages will exacerbate, Haythorpe says.

Australian teachers continue to have some of the highest workloads in the OECD. Annual face-to-face teaching hours of 860 (primary) and 838 (secondary) are matched only by Lithuania, Colombia and Mexico. The Australian school year is three weeks longer than in many countries.

Workload is still growing and is the main reason teachers give for considering leaving the profession, the Productivity Commission says. Australian teachers also spend more time on non-teaching tasks than colleagues overseas.

The commission notes that out-of-field teaching, where the teacher is not qualified in the subject they teach, has reached 25 per cent in maths, 30 per cent in design and technology, and 18 per cent in science and English. “Classroom shortages today mean leadership shortages tomorrow,” says Haythorpe.

A system on life support

Ken Boston, a member of the original Gonski review panel, said in 2016 that teachers in disadvantaged schools were working “in the emergency wards of Australian education” yet lacked the “battery of specialist support” one would find in a hospital.

“Their numbers are inadequate for the job at hand, and funding is not available for the necessary support from fully qualified personnel such as counsellors, speech therapists, interpreters and school–family liaison officers,” he said.

The situation has not changed. The OECD pins the blame for Australia’s declining education performance firmly on its inequitable funding system.

The 2022 Education at a Glance report found that parents spent more on schools than almost any country in the OECD. One fifth of all school funding in Australia comes from parents, matched only by Turkey – a staggering 0.7 per cent of GDP. That’s twice or even three times as much as parents in most European countries.

Pasi Sahlberg, professor of education at Southern Cross University, says he was shocked when he moved to Australia from Finland. The author and academic says he found himself paying about $1000 per child a year for his children at a local state school.

“In all the other countries in the OECD, private education is privately funded and when it’s public education [the government] is held accountable for funding it.”

Sahlberg, whose career has taken him from head of Finland’s Department of Education to the World Bank, the Gonski Institute and now Southern Cross University, says Australia is an outlier among OECD education systems, both in the size of public spending on private education and in the segregation of students from wealthy and disadvantaged families.

“That is very difficult if you want to have a world-class education system, especially if you’re aiming for equity,” he says. “The OECD found that if we take a disadvantaged student here in Australia and send that student to a school where most of the students are not disadvantaged, the benefit of simply being in a different environment during the primary and secondary schooling is worth about two-and-a-half years. Same kid, same parents, same community but the school environment is different.

“Most of the Nordic countries today understand well that socio-economic diversity is good policy if you want to have a society that’s well educated.”

Sahlberg believes Australians are ready for the “hard conversation” on what we should expect from our education system and how we can ensure it benefits not just those lucky enough to attend the “best” schools but society and the economy as a whole. He says that means we need to consider how to reframe education as a public good, not a private benefit.

“We shouldn’t tolerate this situation where all the public schools are underfunded at the same time as a significant part of taxpayer money is going to private schools that don’t
actually need that money. That’s something that’s very difficult to
explain to foreign observers.”

A good starting point, Sahlberg thinks, would be a discussion on what we mean by equity – a surprisingly poorly defined term given its centrality to the NSRA. In a paper co-authored with Trevor Cobbold of Save Our Schools, he says the lack of a definition of what equity looks like in practice has enabled authorities to “avoid accountability”.

They propose a definition that encompasses both an individual and social objective; individual in that every child should receive the education that allows them to participate fully in society; and social in that our education system should deliver the truly egalitarian society that Australia prides itself in being.

“Continuing large disparities in school outcomes entrench inequality and discrimination in society … Equity in education is fundamental to an egalitarian, democratic nation,” they write.

The amorphousness of our understanding of equity and the significant impact this has on public schools was illustrated by Richard Denniss, executive director of the Australia Institute, at an education round table it hosted in September with the AEU and workers' alliance United Voice.

“We justify giving enormous amounts of money to schools that have indoor equestrian arenas on the basis of equity, we make an argument on fairness,” he says. “Because if they’re not sending their kids to public schools, they’re helping us out and we should give them something.

“This is not education expenditure. When we, as a society, are having indoor arenas, air-conditioned rifle ranges and swimming pools … it’s not educational. It’s amenity, it’s status, it’s weight. We’re one of the richest countries in the world. Our debt is still low and we’re about to spend a quarter of a trillion dollars on tax cuts that are overwhelming for blokes earning over $200,000 a year; then we say we can’t afford nice things. These are choices.”

Haythorpe says the evidence is clear. “We’ve got a growing body of national and international data that sets out the deep inequality that exists in Australia’s school funding system and the impact that is having on the lives and futures of our students. There’s a Labor government in power and it needs to step up and realise the commitment it made over a decade ago, and fix this for our children and students. This is the time.”

Federal, state and territory governments committed in August 2022 to developing a national action plan to combat the teacher shortage in consultation with the teaching profession.

The National Action Plan working group is due to announce in December 2022 its priorities for immediate action.

As a member of the working group, Haythorpe is hopeful of a positive outcome. “It has the potential to form the basis of the next NSRA and provide a framework for governments to address many of the problems facing the profession, if it’s implemented properly,” she says.

“It is being developed in consultation with the teaching profession in what is a significant change led by the minister to not only have unions back at the table but to ensure that we have an active decision-making role there.”

This article was originally published in the Australian Educator, Summer 2022