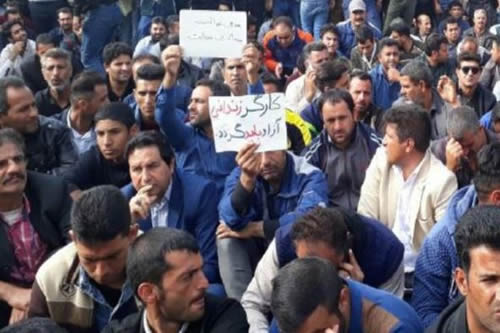 The AEU stands in solidarity with the thousands of workers on strike across Iran at the Haft Tappeh Sugarcane Industrial Complex and at refineries and industrial projects in the South Pars gas fields.

The International Trade Union Confederation (ITUC) ranks Iran as among the worst countries in the world for workers, with no guarantee of rights. Iran’s labour laws do not allow workers the right to form independent unions, and workers are regularly threatened, detained, and tortured. Workers’ demonstrations are violently repressed, with workers and union leaders arrested and imprisoned for exercising their right to strike.

The AEU has written to the Ambassador of Iran expressing solidarity with the workers on strike across Iran, and calling for:

AEU Letter to the Ambassador