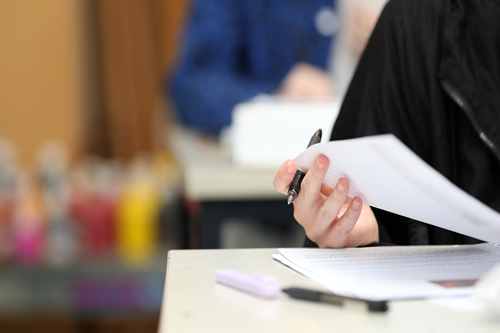 Census-based testing, which causes “harmful side effects”, should be scrapped and replaced with a new approach to assessment that supports student learning and provides better information to parents and government, according to the UNSW Gonski Institute of Education report, Putting Students First.

Students, schools, parents and governments need better information about how students and their schools are performing but a single test such as NAPLAN cannot provide the answers about the relevant aspects of performance, he says.

The report recommends a sample-based assessment method that is developed and implemented in close partnership with teachers.

At its heart would be a formative classroom-based system, which would include a national library of quality assessment tasks for Year 4 to Year 10 linked to the curriculum and teaching.

“The proposed system offers a suite of expert-designed, teacher-made and system-level assessments that are fit for specific purposes in schools,” Sahlberg says.

It would serve the purposes of public accountability and monitoring the progress of education systems. This new system would be cheaper to administer and the cost savings could be used to develop other assessment instruments for teachers and schools, he says.

The AEU has welcomed the report and its recommendations.

AEU federal president Correna Haythorpe says NAPLAN has put significant pressure on teachers to teach to the test as well as stress on students. Its prominence in schools and the community has added to the pressure.

“Its data has been used for the production of league tables, which are purely intended to name and shame schools and that corrupts the purpose of assessment.”

The AEU’s State of our Schools survey of 12,000 school staff highlights the level of disenchantment with NAPLAN. It found 85 per cent of teachers and 75 per cent of school principals did not believe NAPLAN improved student outcomes.

“NAPLAN is broken so it’s time to shift now and actually have a new and relevant assessment that works for teachers,” Haythorpe says.

International case studies in the Gonski Institute report show Australia is out of step with other education systems in Ontario, Scotland, Singapore and Finland, which have moved away from high-stakes standardised testing.

The proposed system would bring Australia into line with international best practice and builds in a monitoring system to ensure it continues to evolve, says Haythorpe.

The report also recommends that a new program of professional learning and development for teachers be developed alongside the proposed system.

“We need education ministers to actually have some fortitude here and understand that there is a huge groundswell of support for a new assessment framework and to work with the teaching profession and its union to deliver that,” Haythorpe says.

This article was originally published in The Australian Educator, Spring 2021