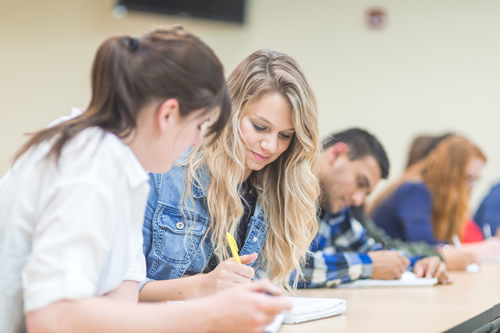 In May 2020, in an address to the press club, the Prime Minister said that Australia’s confusing and inconsistent VET system was leading too many students into universities. Trade and skilled jobs, he argued, need to be recognised as an equal to a university qualification, not looked down upon or seen as second best.

One could argue with the Prime Minister’s logic however it is true the VET system in Australia is struggling to remain educationally relevant with participation across Australia on a steep decline. VET is marooned and isolated. It has only a tenuous connection with the school sector, and a similarly weak connection with universities which have colonised more and more of the skilled paraprofessional occupations once a part of VET. Degrees are now the name of the game.

VET’S curricular, (curiously called training packages) is based upon the assumption that students are being prepared for specific jobs. Jobs that apparently don’t require literacy, numeracy, or digital competence; the underpinning skills not only for occupational mobility but also for further study.

Educational values seem to have disappeared. Teaching staff require only minimal training, administrators none. Most disturbingly flagship institutes - TAFEs - that have built a strong and internationally competitive system over decades have either disappeared or regressed.

TAFE institutes have no remit to construct curriculum to meet the needs of their students. They have become training institutes only. Their broader educational role has been lost. They, as part of the VET system, have been subject to outrageous ideological experiments and have been discouraged from evolving into comprehensive applied tertiary institutions that offer high quality qualifications at the upper secondary, VET and higher education levels. Weak institutions provide a fertile ground for centralisation, regulation, inflexibility and ultimately irrelevance.

Contrast TAFE’s position with universities which are politically powerful, enjoy a significant degree of independence, are self-accrediting, and by VET standards extremely well-funded. They have been encouraged to grow and prosper.

How has this situation arisen?

Until 1990 we had a network of colleges of advanced education. They were encouraged to offer applied degrees linked closely to industry. Many of these colleges were extremely successful. They focused on part-time adult study as well as open access and support for education disadvantaged groups. Today, they are pretty much forgotten and all have been subsumed into “research” based universities.

In 2010 it was decided to create a higher education system primarily in public universities that had uncapped student places funded by the Australian government. The government was persuaded to buy the spurious argument that Australia’s future prosperity depended on significantly increasing enrolments in research only universities.

Similarly around 2010 it was decided by Australian and State governments to expand exponentially VET, with a market-based ideology and encourage private providers to compete with public providers for government funding. The disaster that unfolded is without doubt the most scandalous in Australia’s educational history and ruined VET’s reputation and standing in the community.

The return from these initiatives has been marginal. Australia’s productivity levels have fallen to such an extent that in 2019 they were below 1970 levels. This has been accompanied by wage stagnation, underemployment, and over qualification.Equity, in terms of student type, has at best been incremental.

From a community and educational perspective, the decisions (in1990 and 2010) not to commit to a binary system of higher education has proven to be a disaster in terms of access and success for non-traditional students at the undergraduate level.

Australia now relies on migration to meet its middle level skilled workforce needs. Universities, VET and ACFE compete with each other for students.

VET institutions with no resources and no encouragement to develop a higher education capability and become primarily responsible for lower level qualifications. The vast majority of its students are enrolled in certificate three or lower courses. Courses that by international standards are at or below year 12 level.

Does it matter if we leave VET as it is, a residual component of tertiary education?

Australia is a large-scale trading nation that is impacted by the global forces. Structural reform whether that be economic, environmental, welfare or social change can only occur if we have an educated, skilled population.

Tertiary education can be a driver of structural change. A resilient, balanced tertiary sector is a vital component to the restructuring efforts of government. Restructuring, so necessary in a community impacted by global forces, in areas such as aged care, climate change, social and industry policy.

Unrestrained growth in one component of the sector can be a significant cause of skills shortfalls, a blockage to structural change and persistent social and economic inequality.

From a student perspective reform is urgently needed.

Our universities serve many people well, but they have no connection with a diverse group of the student population and little or none with industry. One has to wonder about priorities when some have had more international students while local students cannot easily access applied higher education. Their educational aspirations are stymied by inept tertiary structures. Many VET foundation programs at Certificates I and II are poorly conceived, have high attrition rates and weak outcomes.

Australia’s upper secondary education system serves no other purpose, despite stated objectives, than to funnel year 12 students into universities. Non-university bound students have few options and on available data the options are producing terrible outcomes.

A recent report in Victoria into upper secondary school pathways (VCAL)for non-university bound completers found that one in three graduates go into short-term precarious employment, none into universities and only 20% into VET.

Our current tertiary arrangements are sub optimal, doing a disservice to many stifling opportunity and are well below world standards.

There is no shortage of opinions as to how to strengthen VET. It is a hotly contested area.

For over two decades (1970s-mid 1990s) TAFE institutes, supported by government policy, underpinned the evolution of a dynamic, relevant and enterprising VET sector. Despite the efforts of some they remain the cornerstone of vocational education today. But they have not evolved and like the sector are in decline. The starting point for reform is TAFE.

Internationally, reforming governments in highly successful economies have developed integrated tertiary sectors. In brief what they have done is to connect VET with upper secondary education and with higher education.

They have created two robust tracks in their upper secondary education:

Some of the characteristics of the professional/technical stream are that they are:

Australia could similarly restructure Certificates 1-3 into one qualification as part of the upper secondary technical stream and require TAFE institutes with world class facilities and industry connections to coordinate and offer the technical stream. In the Victorian pathways report referred to earlier a broadly similar strategy with TAFE institutes as the centre piece is suggested. 1

In the OECD, in addition to the development of a separate professional track for upper secondary education, alternative universities have been created that offer applied, flexible, adult focussed short cycle programs as well as full degrees targeting adults, disadvantaged students and professional stream students.

In an Australian version, a similar university would also offer lower level vocational qualifications which would underpin higher education. Graduates from the technical professional stream would have direct entry.

This concept if developed in Australia would see TAFE connected to higher education and upper secondary education. TAFE would offer the technical stream, or coordinate it in approved other providers, such as some secondary schools.

It means that some TAFE institutes would evolve to become Professional Universities. Others might create a consortium and offer higher education in a governance arrangement not dissimilar to the UCLA model.

Structural change such as has occurred in the OECD and UK would mean curriculum reform. Our unwillingness and inability to reform curriculum is damaging to industry, community and students. Core skills, especially literacy, numeracy and digital competence, will bring far greater rewards and mobility to the individual and better outcomes for industry. This is especially so in dynamic contexts when dramatic shifts in the economy can create obsolescence of existing skills and abilities.

How likely is this to happen?

Skill shortages abound, especially in key areas such as health, business and building and in higher middle level occupations. When migration resumes skill shortages will persist because we have never been able to attract enough highly skilled immigrants.

Universities, with their preoccupation on full time 18 -22 year olds, are unlikely to be attracted to part time adult students or those who don’t have an ATAR. Professional Universities as described will assist in meeting non-traditional student demand.

From a commonwealth perspective, it’s a positive long-term strategy and for the states it strengthens upper secondary education and clarifies funding responsibilities.

However reconciling state and territory differences on anything is very difficult even if it is in the wider interest.

From a student perspective, let’s hope it’s not too difficult.

Bruce Mackenzie was the chief executive of Holmesglen TAFE, one of the nation’s biggest providers of vocational training, for 31 years. He is now a member of the advisory board at Mackenzie Research Institute, which was named in his honour. He continues to be one of the country’s strongest advocates for the TAFE system.

2 B MackenzieFit for Purpose?Tertiary education in Australia. Mackenzie Research Institute. 2019

This article was originally published in The Australian TAFE Teacher, Winter 2021